Provocative & so feminist - The bikini has a birthday

Micheline Bernardini wearing the first bikini designed by Louis Réard on 5 July 1946 at the Piscine Molitor in Paris.

On July 5, 1946, only a few days after the devastating nuclear bomb tests of the USA in the Bikini Atolla "bomb" of a completely different kind detonated in the middle of France. For this day, the French swimwear designer Louis Réard a beauty pageant at the famous Paris swimming pool molitor ...proclaimed. Here he presented the smallest swimsuit in the world to date, the "bikini“. Symbolically, the bikini - at the time an absolute provocation of society - was to be associated with the explosive power of nuclear tests. And no other name would have been more appropriate either, because Réard's "invention" struck like a bomb. The idea of such a short two-piece was an outrageous scandal at the time. The bikini that's from Micheline Bernardini - a nude dancer from the Casino de Paris - was presented to the public for the first time, showed only in the most intimate places sufficient fabric. The news of such a scandalous piece of clothing went around the world like wildfire in the following days...

73 years have passed since then. Finally the bikini, probably the most beloved and at the same time most polarizing piece of clothing of the woman, gets a home. The world's first swimwear museum, the "BikiniARTMuseum", will open its doors at the beginning of 2020 in the "capital of swimwear" Bad Rappenau, directly at the international traffic hub of the A6 motorway. From bans, scandals and arrests, to the repeated struggle of women around the globe for their right to self-determination, to Hollywood divas and bikini icons such as Ursula Andress, Marilyn Monroe and Brigitte Bardot - the Bikini ART Museum provokes, inspires and awakens strong emotions. For even today the struggle for equality with the strong sex is not over. For the first time women on the Munich Isar, like their male bathing colleagues, are now allowed to sunbathe "topless" and bathe without a bikini top. However, those who dare to do so in swimming pools or parks will still have to expect to be warned by the city's friendly security services that the nudity ban is being observed and to put on their bikini tops again. 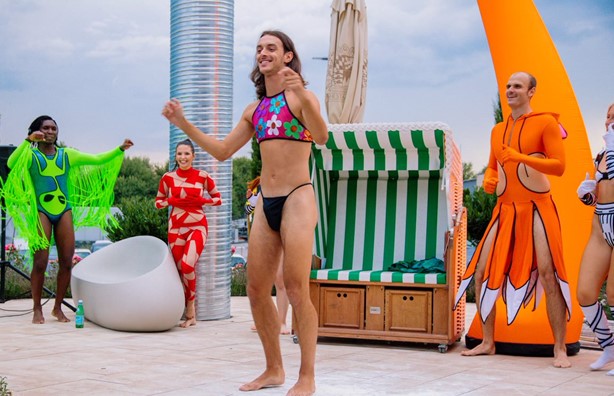